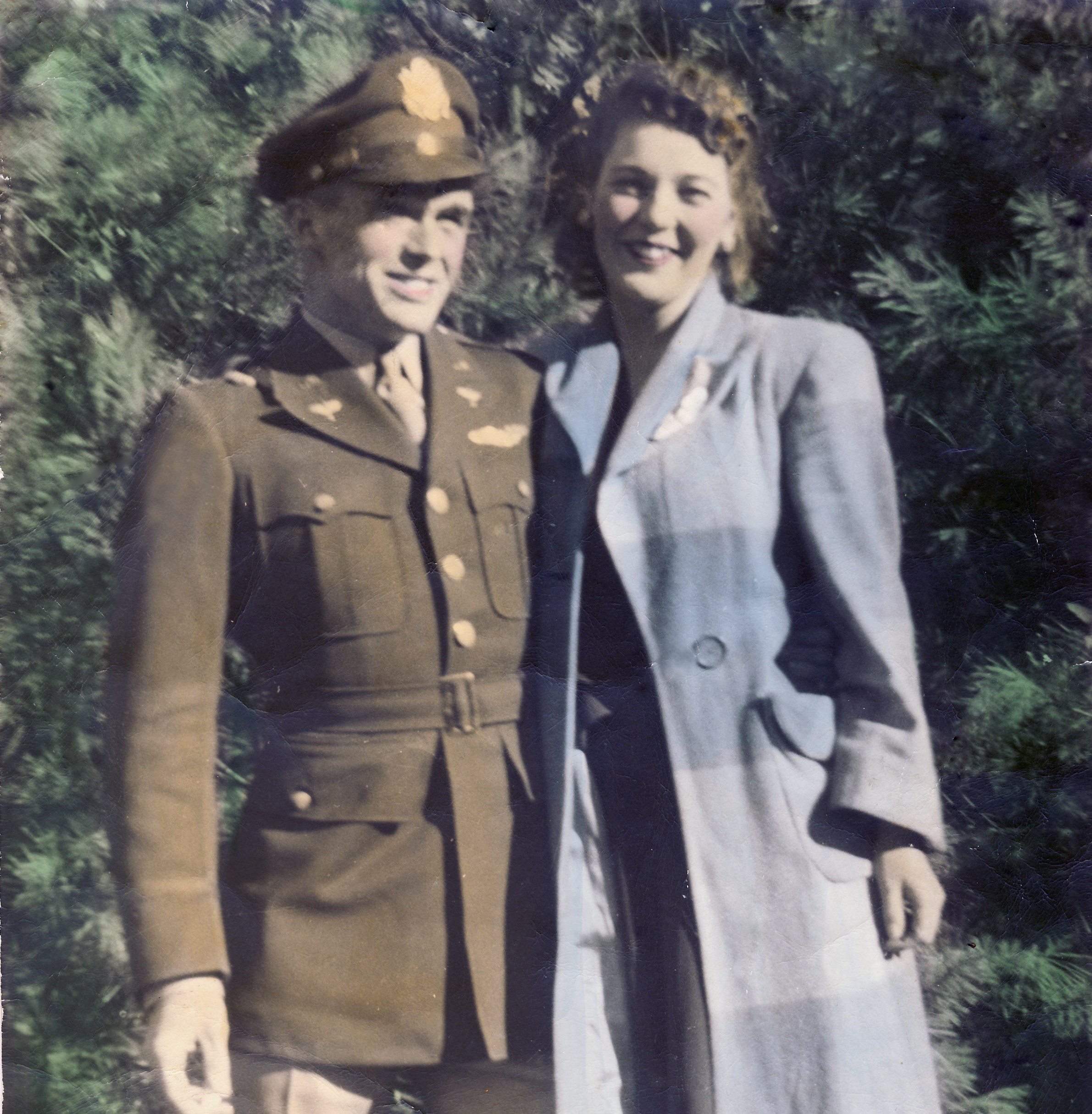 My parents grew up during the Great Depression in rural New England towns. They learned how to survive off the land, growing  huge gardens, gathering wild fruit for juice and jelly, hunting for meat and gathering wild herbs from the fields to cure any ailments. My mother often told the story of how their clothes were made from used grain sacks. My Dad told the story of getting up at 3:00 in the morning to help the neighbors milk the cows before getting the school bus.

When they graduated from high school, they would be asked to serve their country in one of the deadliest wars in history. Wally and Marion were WWII sweethearts having met at the wedding of their brother and sister. Shortly after they began dating, they were soon separated when my dad enlisted in the Air Force where he trained as a pilot of the B-17 bomber called the Knock-out Dropper. He would fly 31 combat missions each one recorded on the back of his sweetheart Marion’s  picture – each one bringing him one day closer to home. “I’m glad I participated in the War,”  Paton said. “I don’t feel like I did anything extraordinary. I did my job like every other American.”

Woman also played a significant role in America’s war effort. Mom moved back home to Sudbury, Massachusetts and worked in factories making parachute cords and boots. “I’m pretty sure she made a pair for me, ” Paton said with a sly smile. “The boots I received were a tight fit.” – Nogales International Times 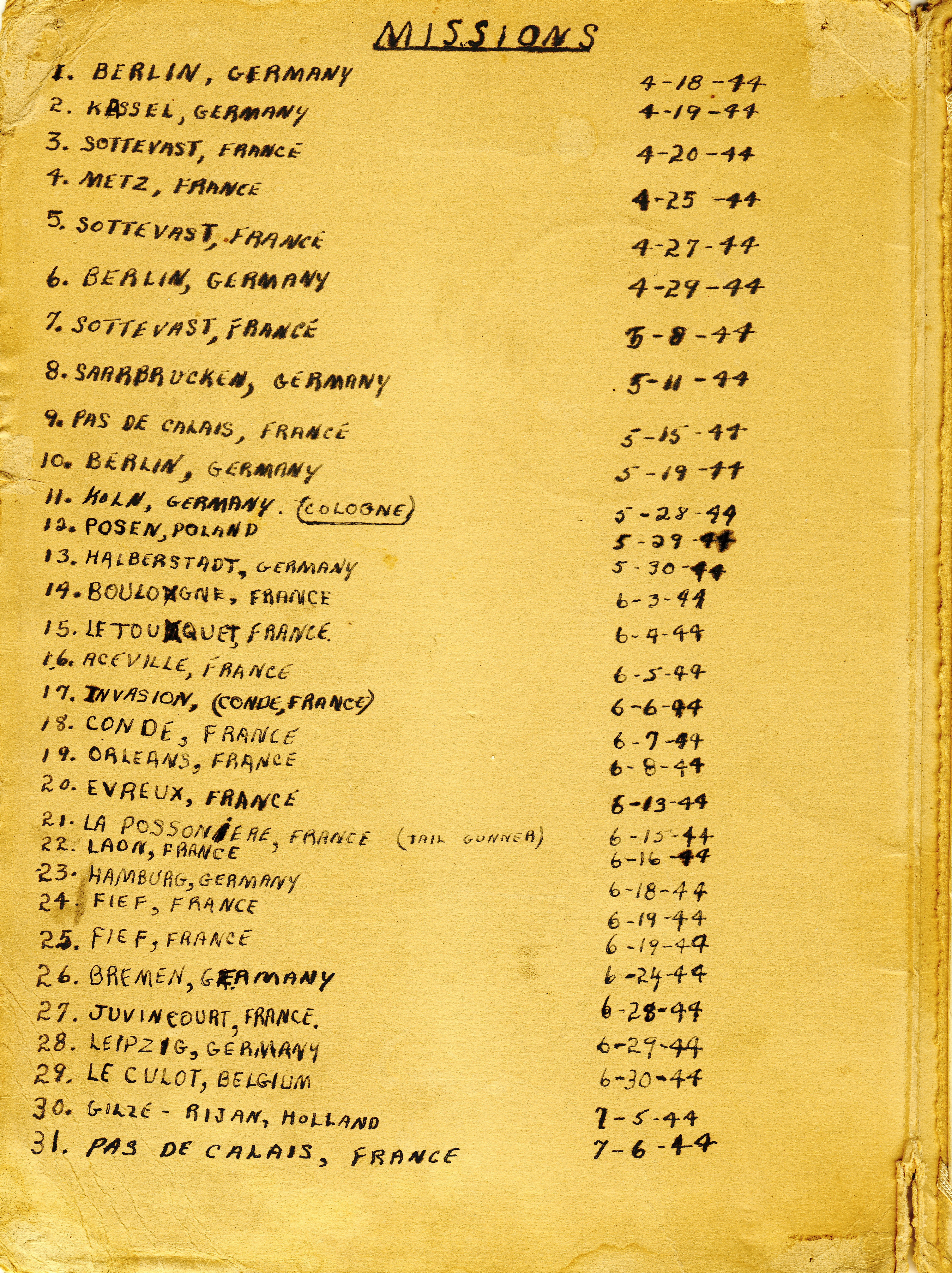 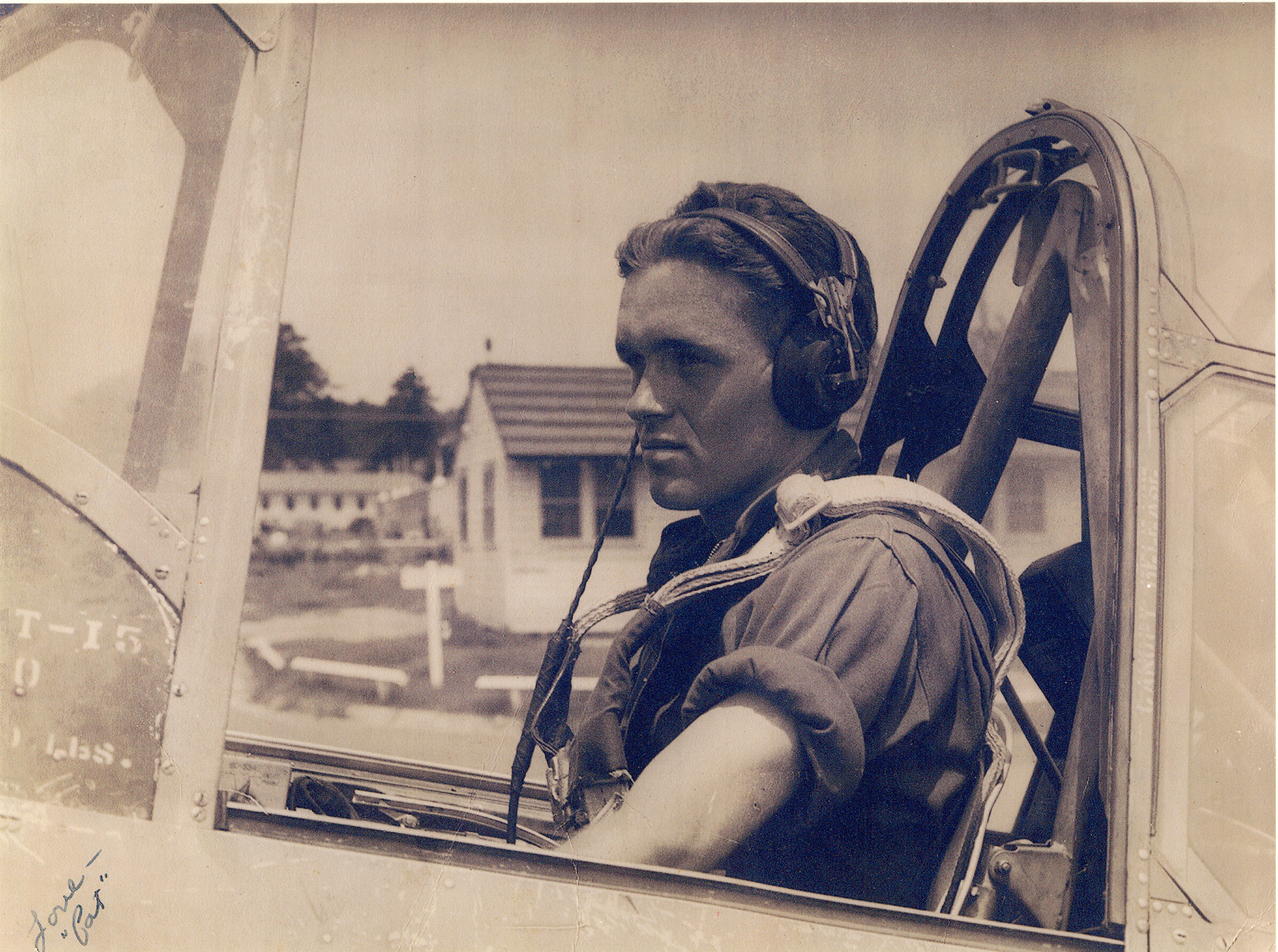 The Knock-out Dropper was a flying fortress. Capable of flying over 250 mph, with a range of 2,000 miles, it was designed to withstand considerable damage, yet continue flying. Each plane could carry 17,000 pounds of bombs and was equipped with 10 machine guns. Of the 1.5 million tons of bombs dropped during World War II, the B-17 dropped 640,000.

“Along toward the end of my flying, the Germans had a psychological trick they used to pull on us. Because the anti-aircraft were set up in a battery of four, you’d see one shell go off, two shells go off, three shells go off; they would hold up and they wouldn’t shoot the fourth shell, but you’d sit on pins and needles waiting for it. That was probably the longest minute or two of  your life waiting for that fourth one. That was a winner, that one was.

And they used to chase us around the country with that thing. This one day down in Saarbruken they caught us after we hit the ball bearing factory. They caught us good. That’s the day we came back with 343 holes in the plane.” – Wally Paton

“I’ve finally got my feet on solid ground.”

They were just 21 and 22 years old when they married.   Dad had just returned from overseas after piloting 31 bombing missions over France and Germany. Within two weeks of his return, they would be married.

A small celebration with just 22 family and  friends, the wedding was held at my mom’s childhood home in Sudbury, Massachusetts. Following the ceremony they would spend the next 14 days staying at three of the finest hotels in America.  By anyone’s standards, this honeymoon was over the top, especially during war time. Reading my father’s recollections, it appears that the government paid for at least  10 days of the trip, but it could be that the government picked up the entire tab. For two kids who had survived the many hardships of the Great Depression followed by a major World War, this vacation must have felt like they were in paradise.

The first two night they stayed locally in the Bancroft Hotel in downtown Worcester. Advertised as one of the finest hotels in America, it had a rooftop restaurant that featured many famous bands and musicians. Many well-known people stayed here over the years. Sigmund Freud is said to have stayed here when visiting a professor from Clark.

From Worcester they would travel to New York City for a three-night stay at the Hotel Pennsylvania – at $5.80/night for a total of $17.40

When it was built, the Hotel Pennsylvania was the largest hotel in the world and one of the most glamorous destinations. When my parents stayed there, the big band era was at its height. The Cafe Rouge, the main dining room in the Hotel, hosted well-known musicians like The Dorsey Brothers, Woody Herman, Count Basie, Duke Ellington and The Andrew Sisters. Glenn Miller immortalized its phone number in the tune Pennsylvania 6-5000, the oldest active telephone number in NYC. I imagine my parents sitting in this elegant dining room listening to one of these great bands surrounded by statues, a floor to ceiling fountain, columns reaching several stories high and crystal chandeliers. I wonder what two country kids who grew up in small New England towns during the height of the Depression thought about all this elegance.

From New York City they would travel down the Jersey Shore to Atlantic City where they would spend ten days at the Ritz Carlton on the Boardwalk.

During World War II the hotel was used as a place to house solders in training and for rest and recuperation. It makes sense then that the government paid for my parents luxurious 10-day honeymoon stay there in 1944.

“ We went and had a grand time at Atlantic City. Actually we went to New York (first) on our honeymoon—spent a few days there.  Then we went to Atlantic City for about ten days, for what they called ‘Rest and Recuperation.’ They put us up in the Ritz Carlton. The hotel hosted the 1944 Beauty Pageant while we were there. We had a corner room where we could look down on the boardwalk, and that beauty pageant was on the boardwalk. Bess Myerson won that year. So it was just like peacetime when we were there, and God, you could go down to the dining room and order anything you wanted! Marion had been on rations and hadn’t had a piece of meat in months. What food! We really got treated well there.”–Wally Paton

In their lifetime, I doubt my parents ever stayed in any hotel equal in elegance to those of their honeymoon. They weren’t particularly fond of cities, preferring the simple joys of nature and gardening. Motels and campgrounds was more their style.

Still I am sure their honeymoon in 1944 was the trip of a lifetime – one that they would never forget.